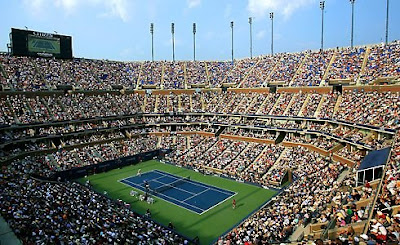 The second week of the last grand slam of the year will be brought to you daily and directly from New York.
Coach’s Corner will have the pleasure to take part in the second week of the US Open 2008 as an observator of the junior team of Romania being nominated the official coach of the Romanian Juniors Team.
In the same time all the facts&figures that can be viewed in the women’s/men’s land will be written in a duo blooging prospective, so saying those plans to you I invite everyone to live the adventures in the beautiful world of tennis … both on Coach’s Corner and Olimpia Tennis Blog section.
Enjoy!